Guillermo Del Toro’s 2013 film Pacific Rim was a movie-going experience unlike any before: A story about gigantic creatures of unprecedented size coming through an inter-dimensional portal at the bottom of the Pacific Ocean, and the equally huge robotic machines built by humanity to destroy them. Kaijus and Jaegers. Del Toro is by his own admission a massive kaiju and giant creature film fan and Pacific Rim reeks of it. The film is responsible for introducing the word kaiju into the modern, popular culture. 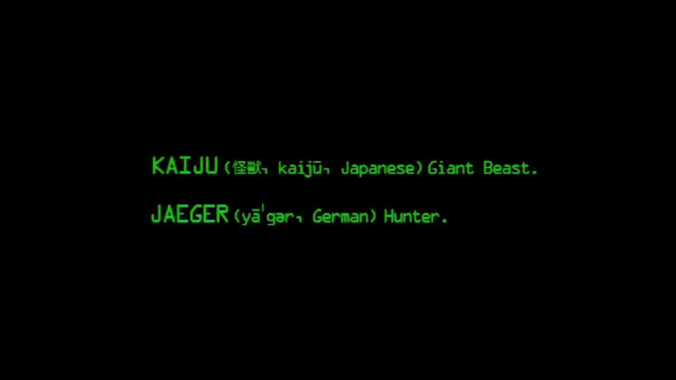 I have very fond memories of watching Godzilla films with my little brother in our basement as kids, specifically King Kong vs. Godzilla and Godzilla vs. The Sea Monster. If Pacific Rim had been around when we were children, we would have lost our minds! Especially about the toys. NECA Toys has produced an amazing line of figures of both the kaijus and Jaegers that are some of the biggest and best pieces in my collection. One of those figures just got an upgrade that is beyond fantastic and is certain to make many collectors rebuy it: Ultimate Striker Eureka, the fastest and only Mark 5 Jaeger in existence. NECA had previously released a version of Striker for the second series of Pacific Rim figures. I’ll be comparing this figure to the Ultimate version, as the differences are vast. 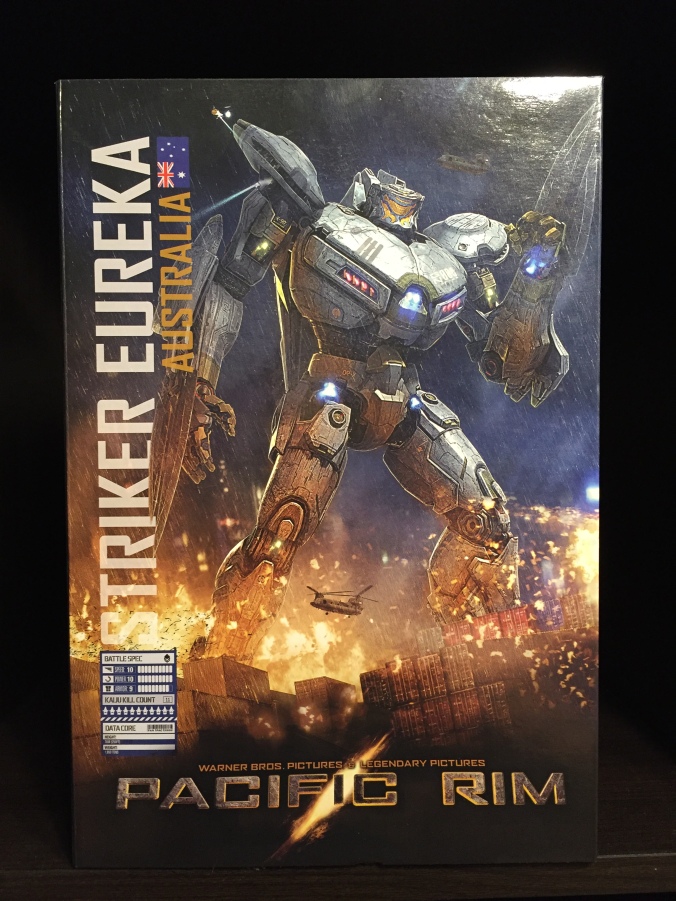 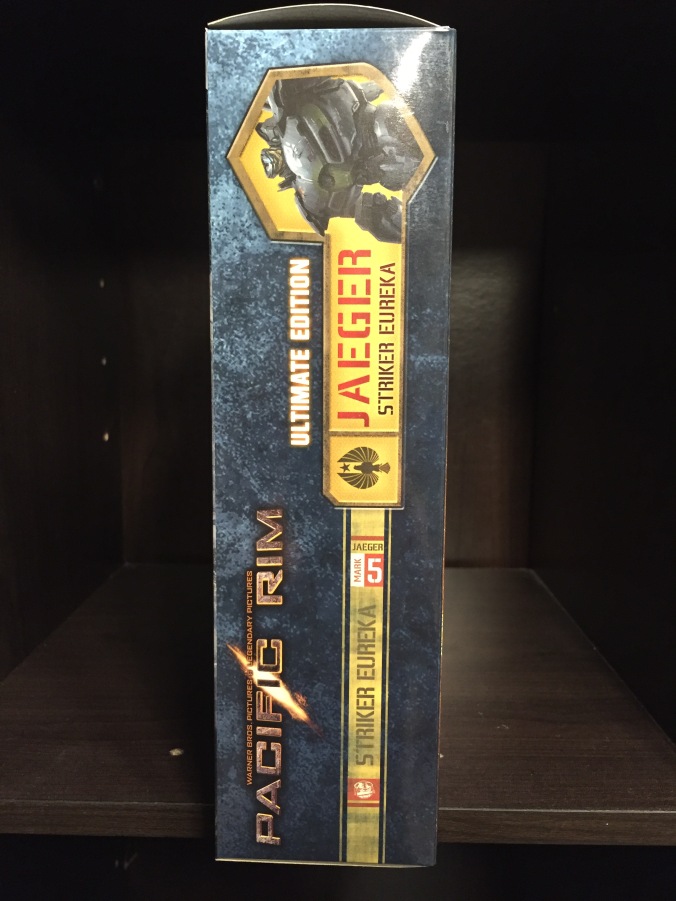 The figure comes in the now standard Ultimate packaging of a window box with a Velcro disc to secure it. This particular box was made of poster art of Striker from the film’s release and decorated with battle stats and a kaiju kill count. 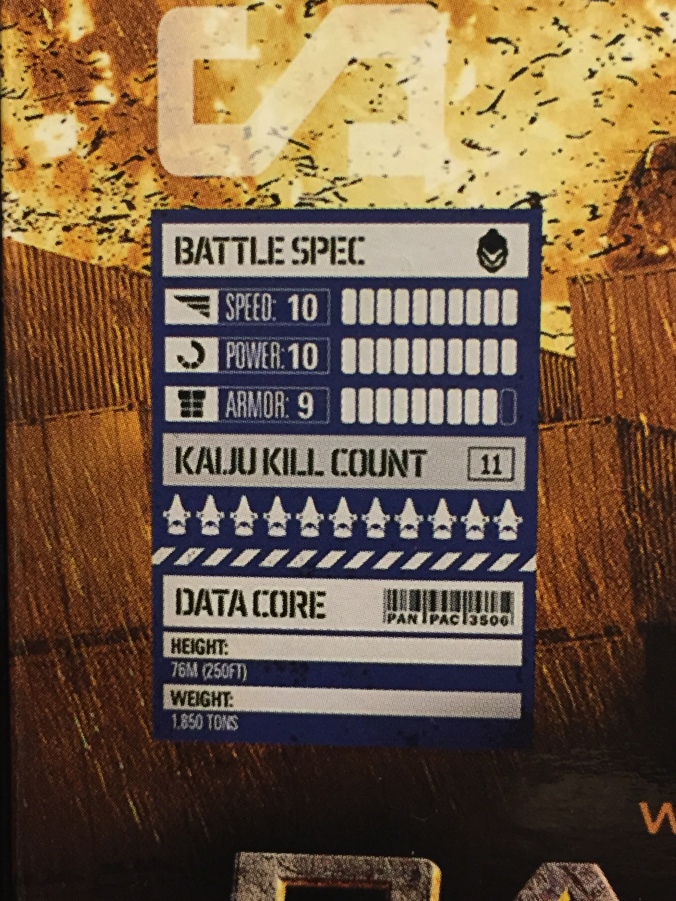 The inside of the package is great; it contains an awesome blueprint of Striker and even has small references to the scale of the Jaeger in the form of people and a small, cargo vehicle. Striker’s logo was even thrown in.

The cardboard insert is a launch bay of the Shatterdome, the massive Jaeger station in Hong Kong used as base of operations in the film. The open doors reveal a city scape in the background beyond a harbor.

This particular Ultimate figure comes with its rear fins disconnected for safe packing. 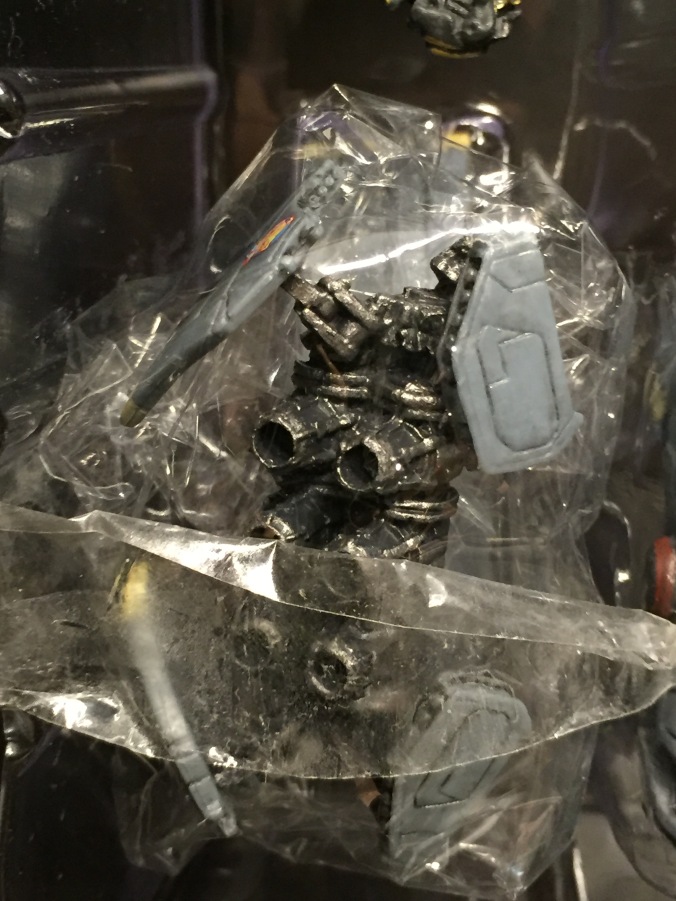 And finally, the massive 2,400 pound thermonuclear warhead that is attached to Striker’s back at the film’s climax. 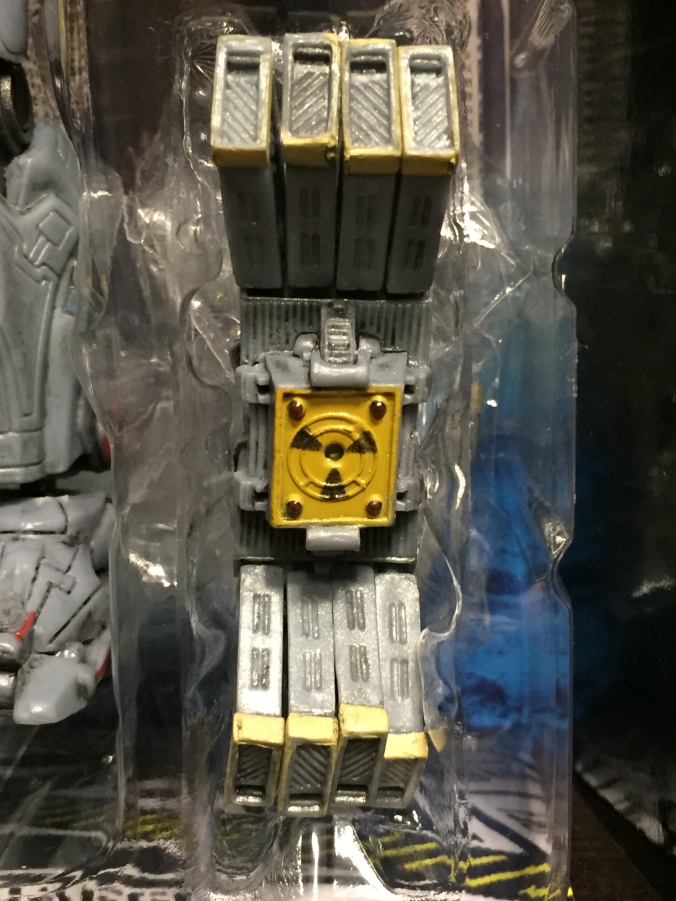 The figure itself is gorgeous. It is loaded with detail from the plating to the logos to even the small, transport cable attachments on its shoulders. 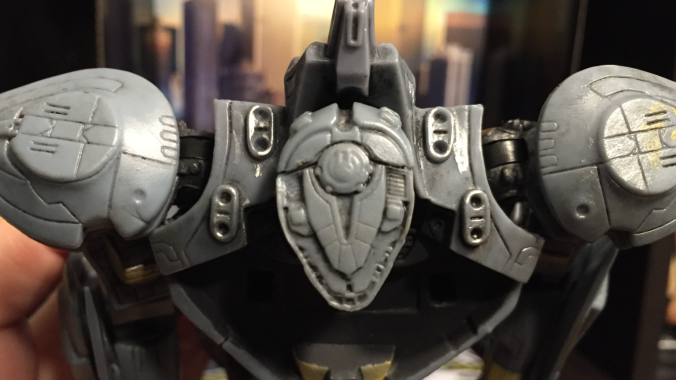 The back shows the holes for both the rear fins and for the warhead in between them.

This is the chest without its pieces, showing how they connect. 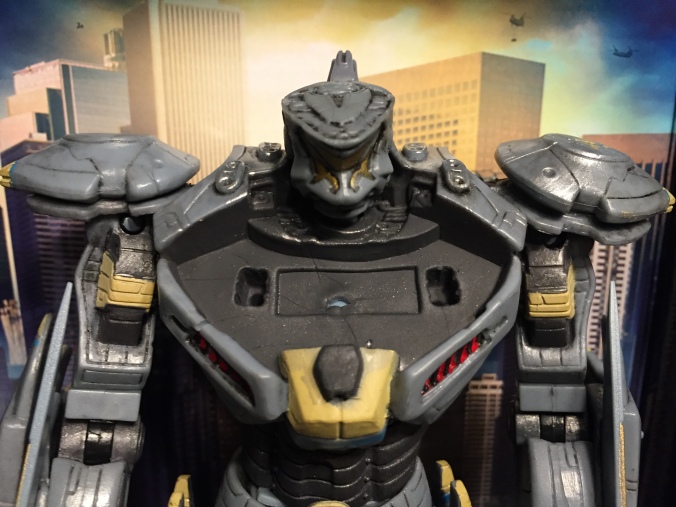 Now, we can take a look at both this Ultimate and the original released Striker from Series 2. 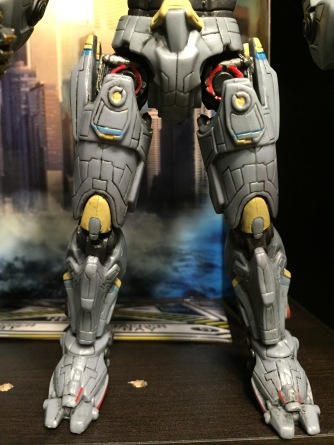 Ultimate Striker also features more accurate arm blade slots. The Series 2 Striker had the blades rest on top, where this new version allows the blades to slide into the arm in a much more screen accurate fashion.

And then we come to the best part of the figure, the missile firing chest! 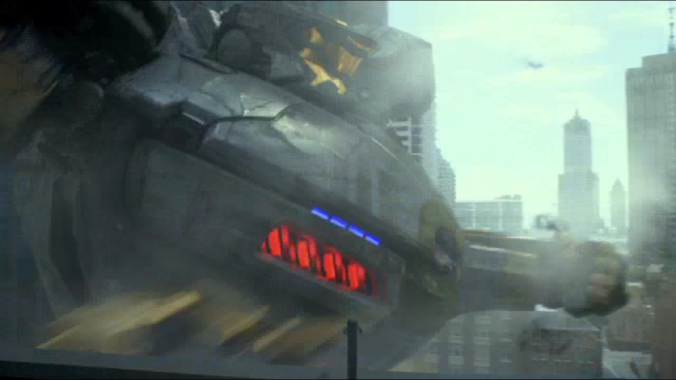 This is an amazing figure from top to bottom. The packaging is great, every aspect of the figure is an improvement from previous seven inch versions, and it’s just a taste of things to come. This past weekend at the 2016 International Toy Fair in New York City, NECA revealed many of their new, upcoming figures and items going to retail this year, one of which was the second Ultimate figure from Pacific Rim, Ultimate Gispy Danger. Even though this figure is probably between six and nine months from being ready, fans are excited that this second announcement may indicate Ultimate version of more Jaegers are coming. I certainly hope so. I already have Ultimate Gipsy preordered and cannot wait to bring you that review.

And before that, something I am very excited for. The best part of Pacific Rim, in my opinion, is the kaiju, and coming very soon from NECA Toys is the huge Category 4 kaiju, Mutavore. This is the creature that attacks Sydney, Australia early in the film and is defeated by Striker Eureka using its Air Missile system. Which means that thanks to Ultimate Striker, fans will soon be able to recreate this short, but awesome, battle from this movie! Again, Mutavore is another review I can’t wait to do! Until then, if you haven’t already, go see Pacific Rim. There have been many animated films and live action shows from Japan that feature giant monsters fighting giant robots, but nothing like this. Pacific Rim takes those childhood Saturday afternoon creature feature memories and transforms them into amazing spectacles that will have anyone’s inner child grinning.

Follow @NECA_TOYS on Twitter for constant news updates by the company’s director of production, Randy Falk. Or check them out at www.necaonline.com

If you would like to preorder or purchase any of these items, I recommend www.bigbadtoystore.com