Ash Vs. Evil Dead is without question a hit!

Since premiering Halloween Night 2015 on the Starz Network, two additional seasons were announced with the second season airing now! Ash is finally back to his old ways like fans have always wanted and its a very exciting time to be a horror fan, especially an Evil Dead one!

I recently reviewed the first series of NECA Toys’ action figures based on the show’s first season which you can read here. Fans loved them and NECA announced shortly after the main announcement of the line that a deluxe 3-pack would be coming soon to join the first series! It just arrived and here it is… 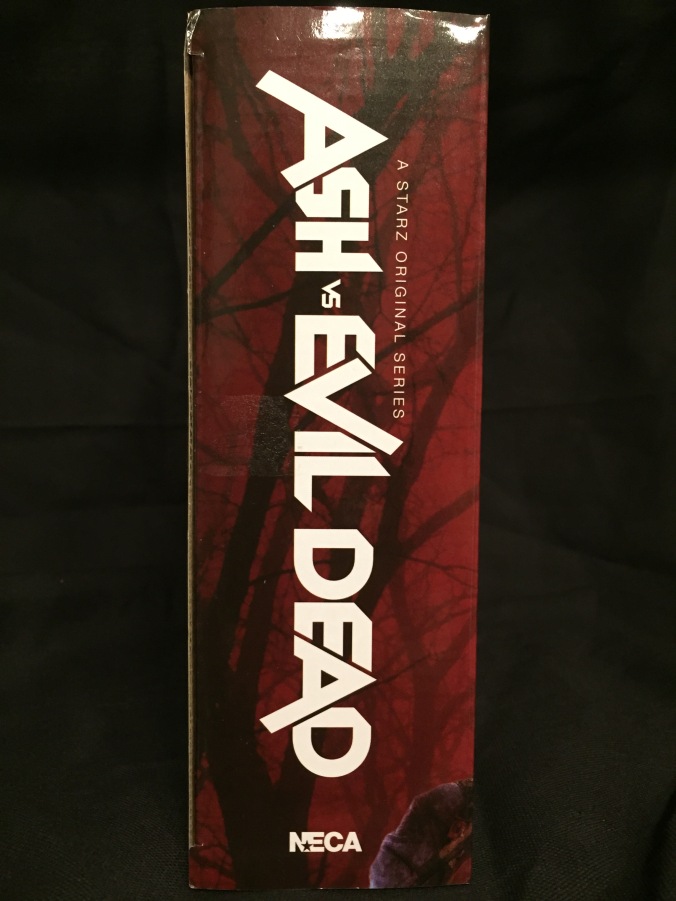 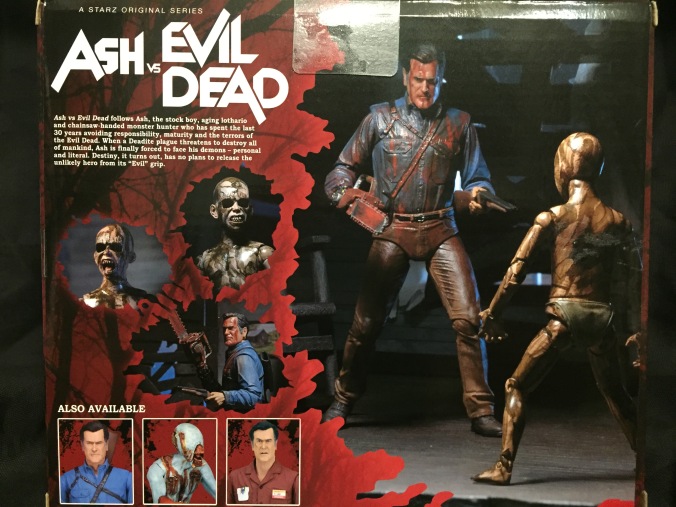 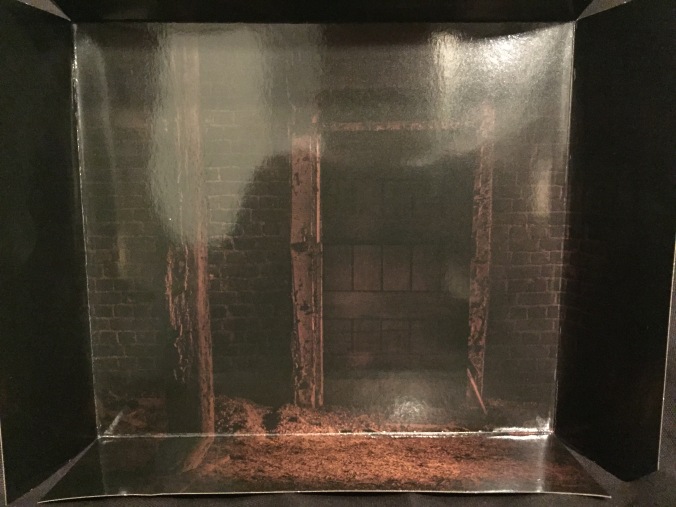 this set features things that will please Evil Dead fans old and new alike! The older fans will be thrilled because for the first time in the history of Ash figures, we finally have one covered in the trademark gore of the franchise!

Making use of the Hero Ash sculpt from Ash Vs. Evil Dead Series 1, Bloody Ash features a bloody chainsaw… 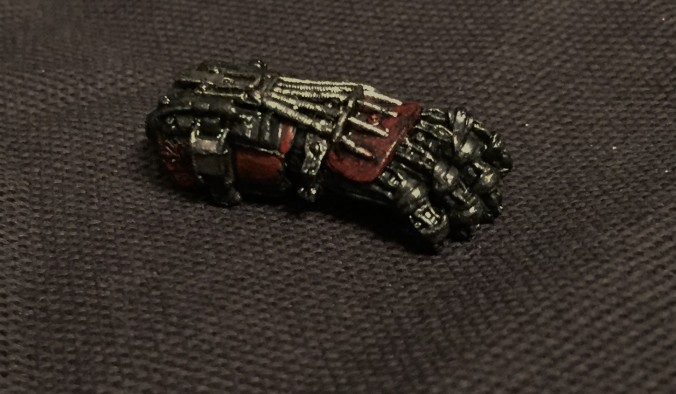 Like Hero Ash, the shotgun can be placed in the back sling. 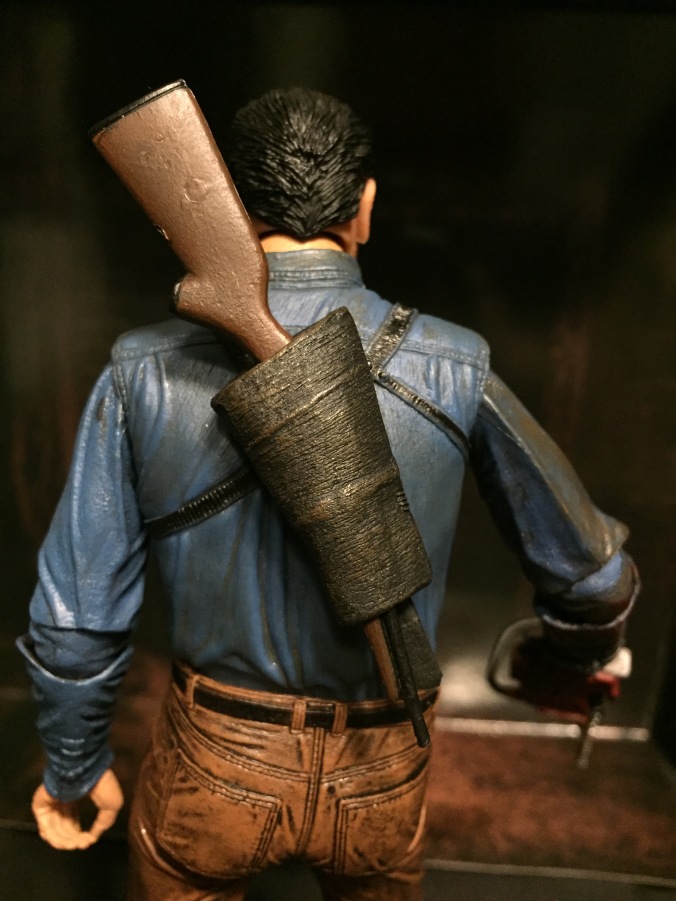 Unlike Hero Ash, this Ash’s robotic stump is not removable and is attached to the chainsaw.

Every film in the series except for Army of Darkness features Ash covered from head to toe in blood at some point in the film. This happens multiple times in the first season of Ash Vs. Evil Dead and its still just as fun and gruesome as its always been. Bloody Ash is a perfect companion piece for the three previously released Ash Vs. Evil Dead figures or even against other NECA Evil Dead toys.

Now we come to what the newer fans will like, the two Demon Spawn! 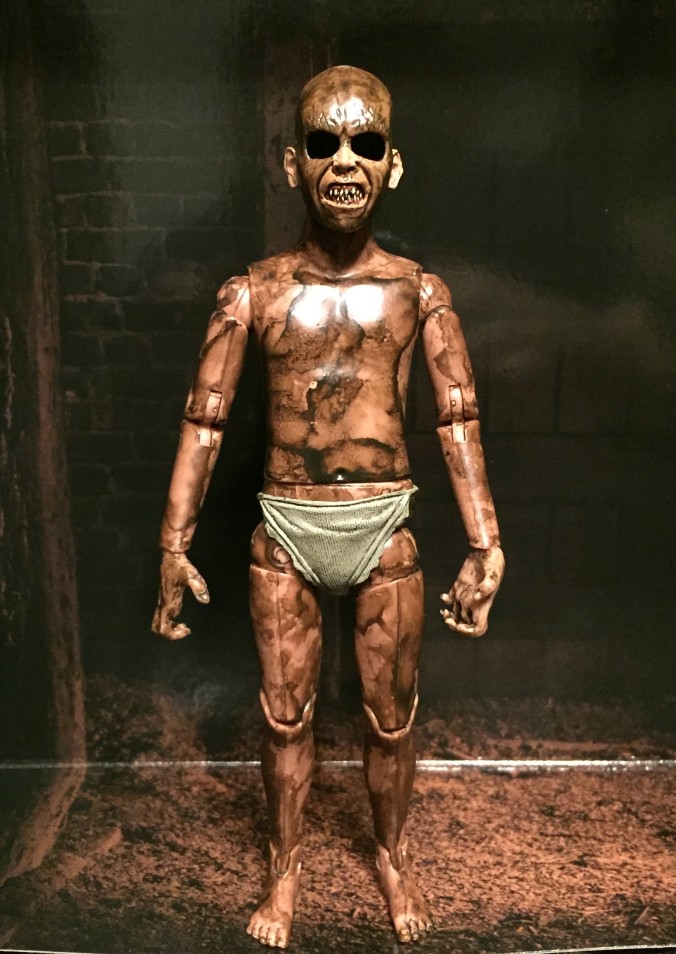 I don’t want to give away any plot details for anyone who hasn’t seen Ash Vs. Evil Dead season one, but these two creatures were featured in that season’s finale. This episode featured Ash returning to the infamous cabin in the woods where all of his troubles started. Once there, Ash again ventures into the basement where the power of the Necronomicon calls forth something new for him to battle. Actually, two new things.

These creepy little bastards are burrowers, that’s why they are covered in mud.

Again, I don’t want to say too much more about the episode so as to not ruin it, so we’ll just stick to the toys. The Demon Spawn feature two unique head sculpts, one with the snarling face and one with a screaming face.

To round out the creepy picture, their eyes are black, hollow sockets and they are wearing what appear to be diapers of some sort.

One of the best parts about these two is that due to their smaller size and weight, you can actually have them climb on Ash to create more dynamic poses. 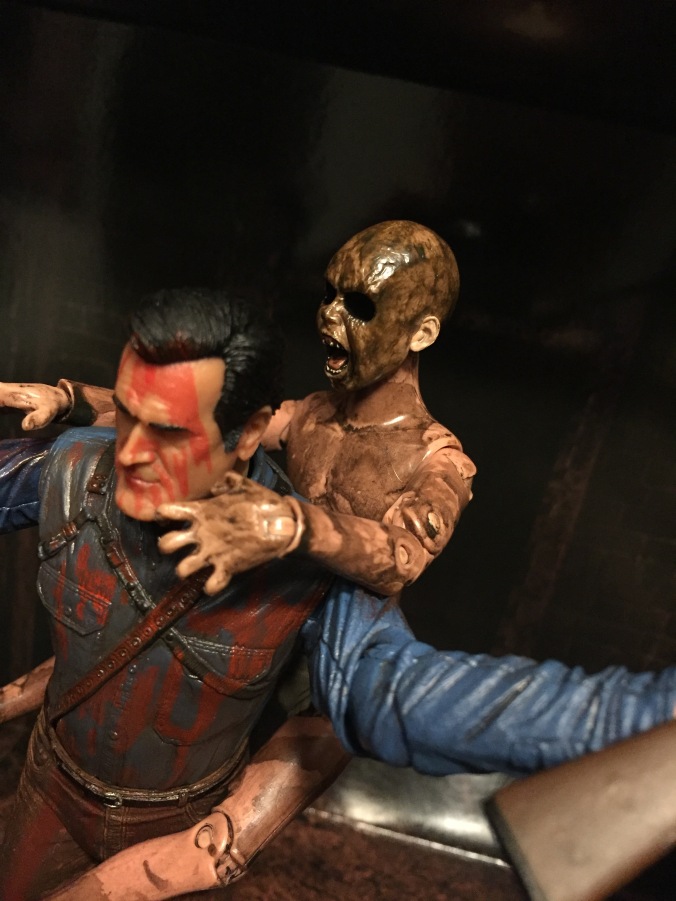 I like this set a lot. It gives us the blood covered Ash we’ve always hoped for and the two Demon Spawn pop nicely on your shelf on account of how pale they are. 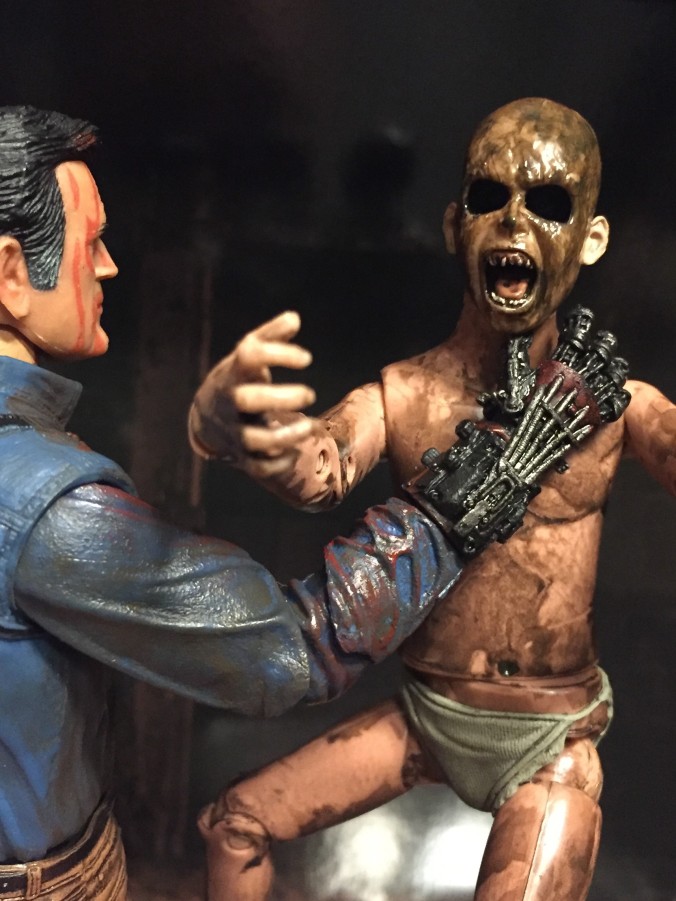 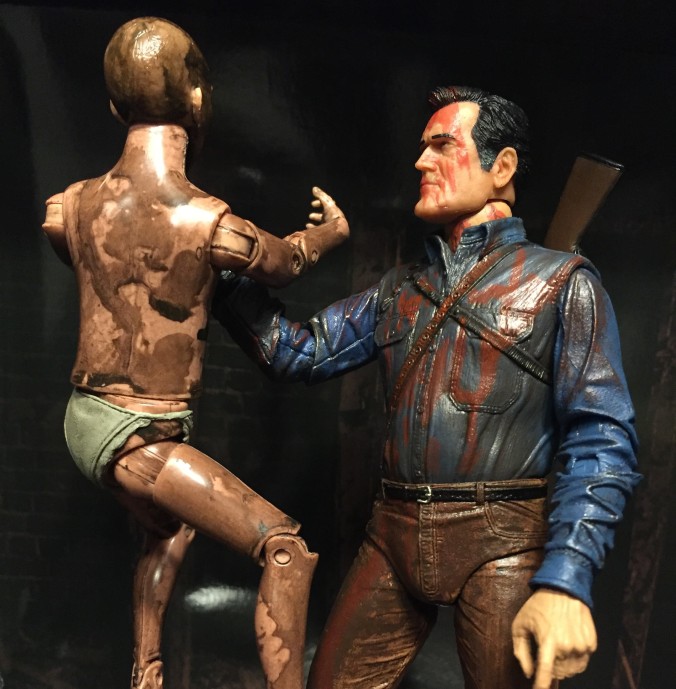 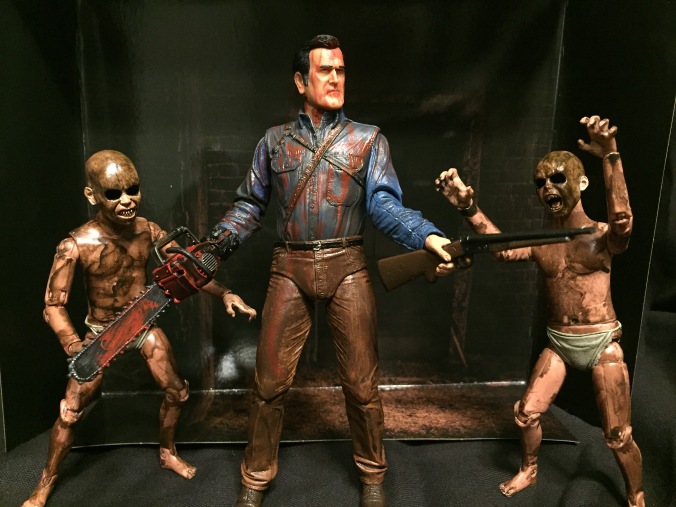 This set is available now through NECA’s eBay and Amazon pages. It is shipping out now and will be available both online and in stores very soon for around $39.00.

Thanks very much for reading!