In honor of today’s date, NECA Toys revealed not one, but two upcoming releases to their already fantastic Friday The 13th lineup!

First, we got final pics and pricing info for this insane Friday The 13th Accessory Set! NECA’s director of production, Randy Falk, first teased the hanging Camp Crystal Lake sign seen in the original film back in June.

At San Diego Comic Con, it was revealed that this sign would be part of an accessory set that would also include a dock diorama piece, a vandalized “Camp Blood” sign and a rock and chain from the underwater ending of Friday The 13th Part VI: Jason Lives. Today, we finally got to see the set finalized with these awesome pics from NECA’s Twitter feed… 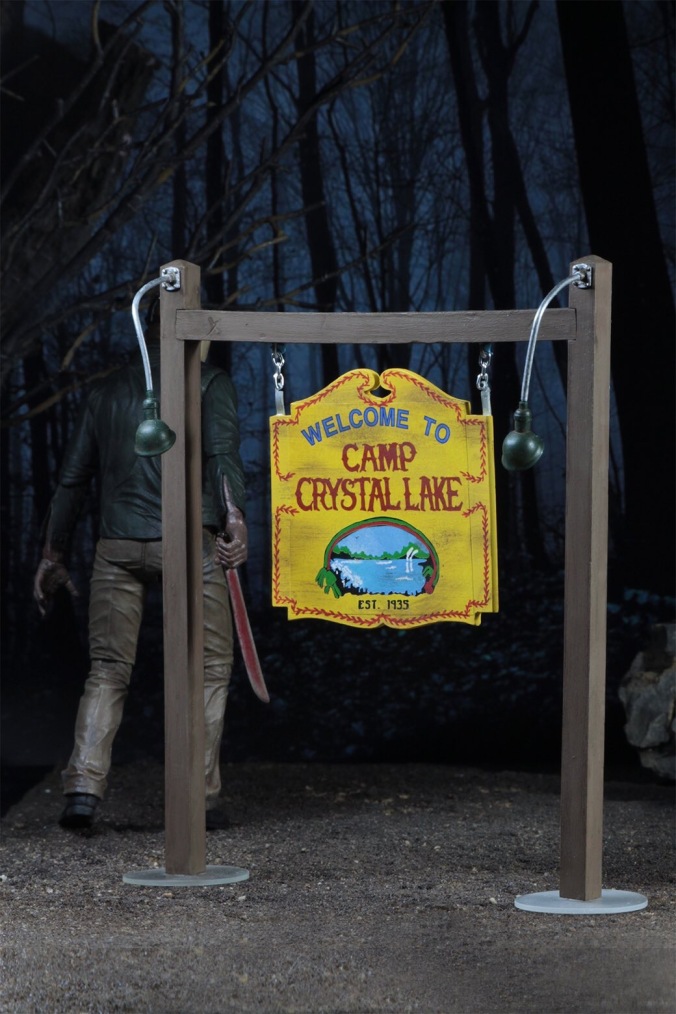 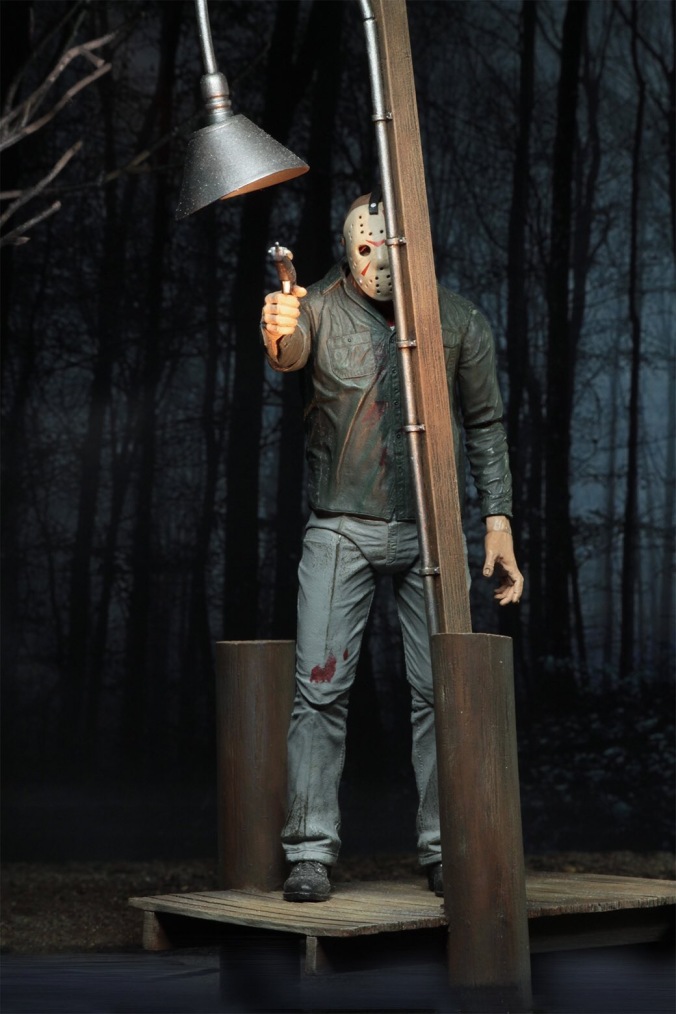 But also that the submerged rock would come with a stand attached to connect NECA’s separately sold Ultimate Part 6 Jason and recreate the “floating” effect we see at the end of the movie! This set is already up for preorder on multiple sites for between $25 and $30 which I feel is a fantastic price for all that and I absolutely would have paid more for it! It is scheduled for a February release and I’ll have a full review of it for you then!

The second reveal began with a tease of this image on NECA’s Twitter yesterday evening with the caption, “Is it Friday yet?”

Sharp eyed fans quickly spotted this machete to be the one used to kill wheelchair bound counselor Mark in Friday The 13th Part 2 and assumed this meant a tease of an Ultimate Part 2 Jason.

Fans have long requested the Ultimate treatment be given to the Parts 2 and 7 versions of Jason as NECA released figures for each of them years ago and they are now hard to find and expensive. So, many fans are excited to have a new chance to pick up “Sackhead” Jason! Like the accessory set, I’ll bring you all news and a full review of Ultimate Part 2 Jason when he drops!