At the time it was made in 1984, Friday The 13th Part IV: The Final Chapter was supposed to be just that; the end of the series. Jason is taken out by young Tommy Jarvis in a manner appropriately brutal for the screen’s most prolific killer. The brutal ending to Jason Voorhees portrayed in the film is captured perfectly in NECA’s third Ultimate Jason figure! 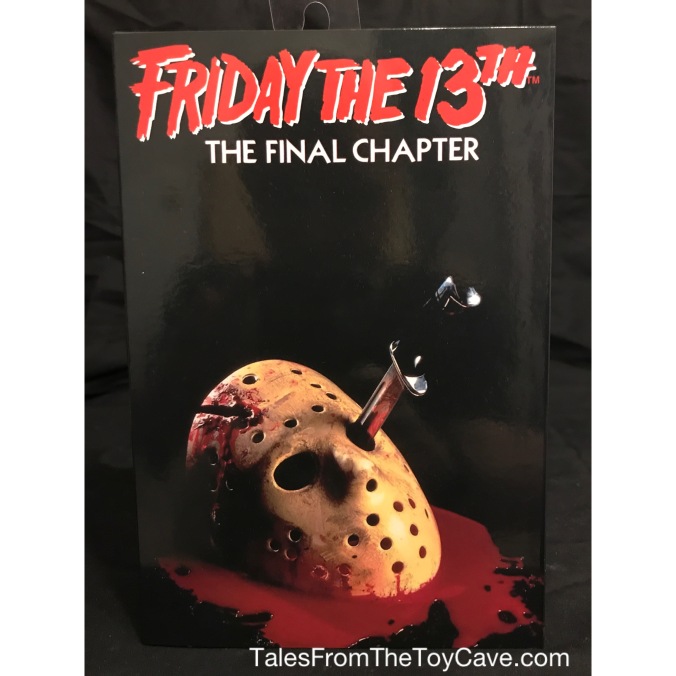 Using the classic movie poster image of the bloody, hockey mask with a knife through the eye, NECA again used their window flap packaging for this Ultimate.

Inside the window flap is an insert image of the thunderstorm that takes place throughout the film’s third act. 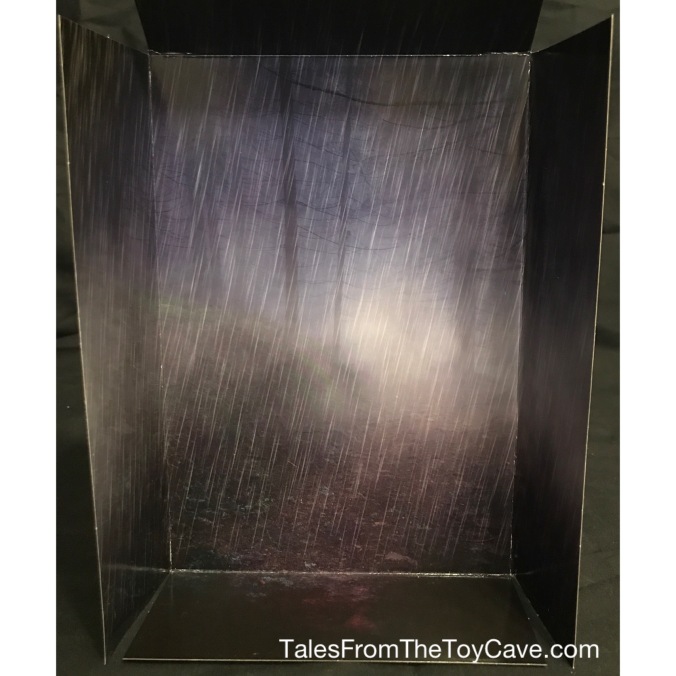 The figure itself in the tradition of all the Ultimate Jasons, comes loaded with practically every weapon Jason uses in the film as well as an alternate head with alternate mask, an alternate hand and Pamela Voorhees’ tombstone.

Starting from the top, this Jason comes with two masks to represent the damage done to him throughout the film and the worn off red paint as a result.

Jason’s hands are touched off with grimy, black fingernails.

Jason’s clothes are also stained with blood and rain.

The detailing in the masks is amazing!

But the grotesque face underneath is astoundingly accurate to the horrific face created by makeup effects legend Tom Savini for the film!

Jason looks gloriously menacing wielding all of his weapons. From the basic ax or knife… 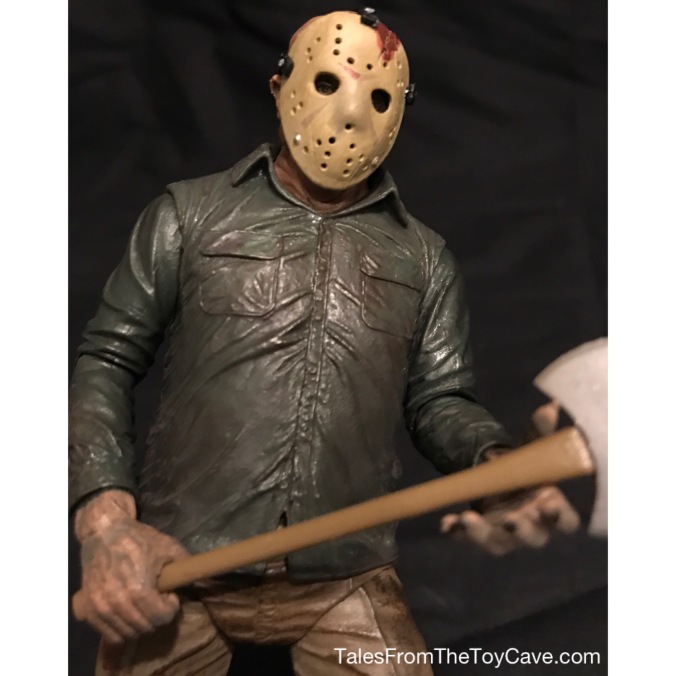 To the more unusual corkscrew and meat cleaver combination that took out the weird and quirky Crispen Glover in the film. 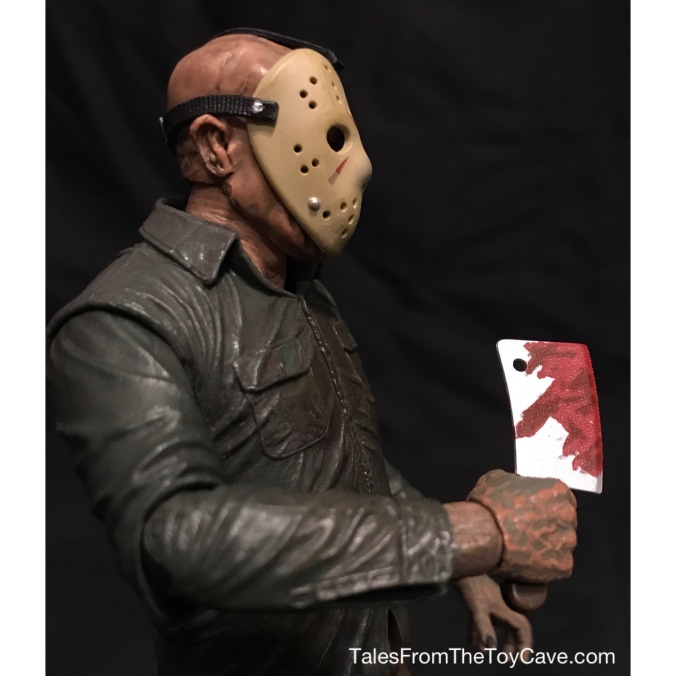 To even a brutal medical hacksaw used for autopsies!

But, by far the coolest and goriest part of this figure is the alternate head with a slot in the side. 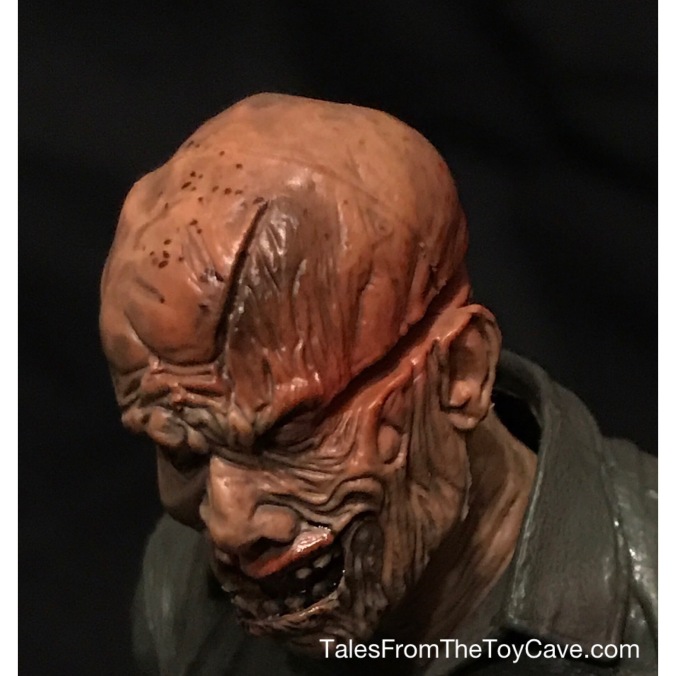 You can insert the bloody machete into this slot to recreate the fatal blow struck to Jason in the film’s finale by young Tommy Jarvis! You can even have him slide down the blade exactly as you saw on screen! 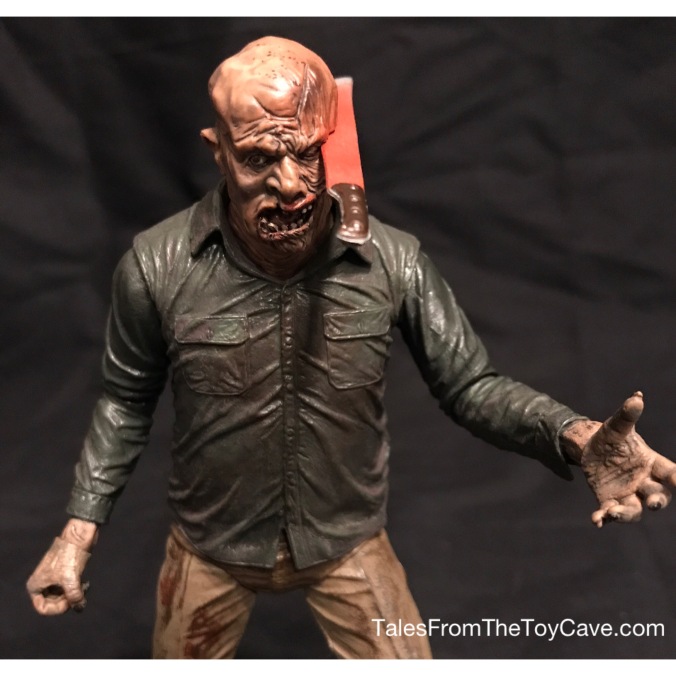 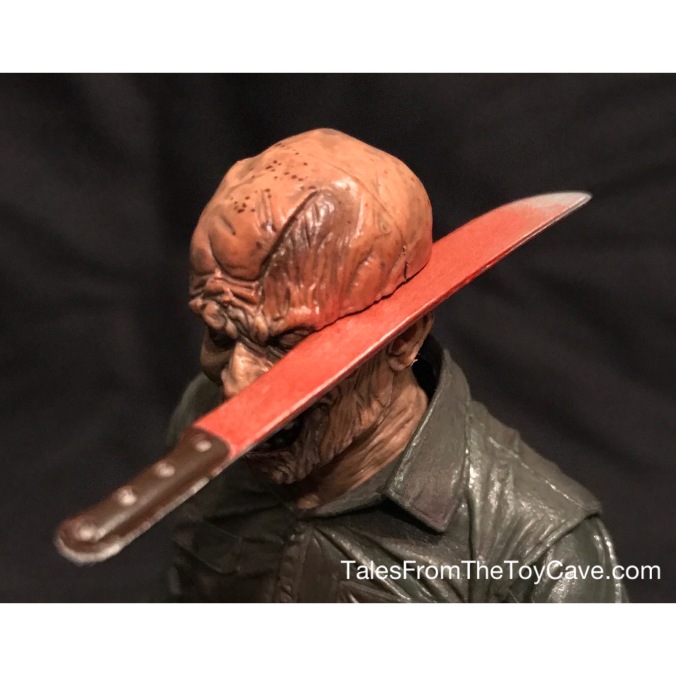 The finishing touch is the gravestone of Pamela Voorhees that the kids who meet their fate at Jason’s hands spot on the side of the road while they are en route to the cabin.

This Jason was released earlier this year, but was so well received by fans that a reissue is coming very soon! And for only $25, be sure for grab one before they sell out again!